Launching the distribution of food basket for the poorest groups in the governorates of Aden and Lahj
Wrote Abdel Salam Hael
Photography by Zaki Yusufi
In the presence of Engineer Amjad Al-Hamami, Undersecretary of Aden Governorate, Dr. Ahmed Al-Sababari, Vice-President of the World Council for Rights and Freedoms, and Dr. Saeed Al-Amari, Director of the Office of the World Council of Relief and Development ICRD in the United States of America. Aden. In a statement to the media, Dr. AhmedAl-Sababari, Vice-President of the ICRF , said that the process of launching the food basket provided by the ICRD includes five hundred cases To Ashidvaqra in the provinces of Aden and Lahij, adding that the distribution of three hundred have led the basket in the capital Sana’a. As will be later distributed two hundred basket in the coming days Imran .mabbara province thanks to all cooperation and contributed to the success of the distribution of the food basket project.
For his part, Dr. Saeed Al Ameri, Director of the Aden Office, praised the good people and the Yemeni community in the United States of America. In addition, the President of the ICRF in the United States, Dahan Alnajjar and the Head of the Pure Hands Organization, Mr. Mohammed Al-Hajaji, also contributed to the success of distributing the food basket to those in need. Riyad Etman al-Shaabani, head of the Al-Dameeralansani initiative, said that 80 food baskets were distributed to the poor in the districts of Sayra and Khormaksar. 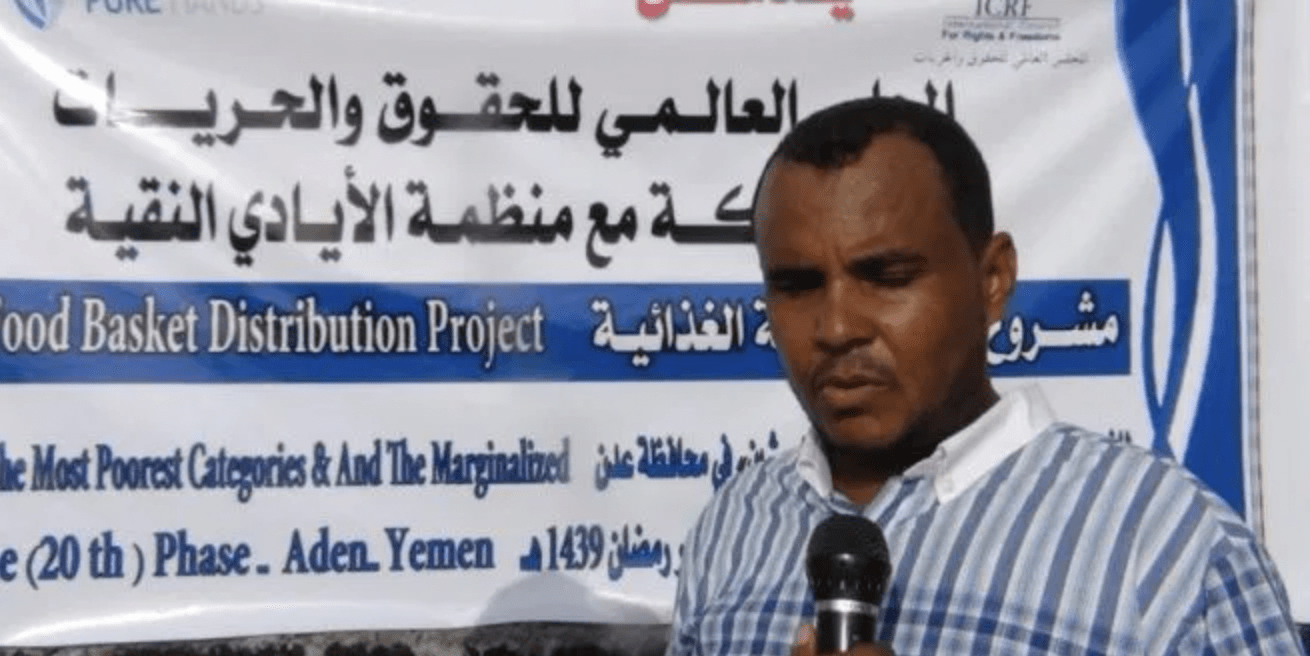